Moore’s Law is coming to an end. Engineers and designers can only do so much to shrink transistors and cram as many of them as possible into chips. As a result, they’re turning to alternative types of chip design, including AI integration.

AI-based memory chips from Samsung, for example, are being used to speed up machine learning by including AI. Google’s TPU V4 AI chip has more processing power than the previous version, according to its developers. Speaking of quickness, the TPU V4 AI processor from Google has increased its performance by two times over that of the previous version.

How AI will change the chip design industry to create the next generation of microprocessors?

Artificial Intelligence is such a key technology because it is involved in almost every stage of the cycle, including design and manufacturing. There are numerous signs in general process engineering, where it seeks to optimize processes.

Detection of flaws is a large area in all phases of the process, especially in manufacturing. But even before starting designing, AI now plays an important part when it comes to choosing the light and the sensors and all the other components. There’s a lot of strange behavior detection and fault repair that needs to be thought about.

What are the benefits of employing AI in chip design?

The benefits are twofold. One is to improve the design quality for better performance and power. And two, to make it faster.

Read the related article on IoT Technology:
What is an AI chip, and why is it better? Why do we need GPUs in AI?

So, using AI in the early stages of design where typically a human would be trying different things, different architecture choices, different component values. And it’s just not possible for a human to explore all those options in a reasonable amount of time.

AI can generate a surrogate model of the physics-based model, gather data from it, and then run your parameter sweeps, optimizations, and Monte Carlo simulations on the surrogate model.

What are the drawbacks of AI Technology in chip design?

The AI-based experimental models are not as accurate as physics-based ones. Just keep in mind that it won’t be as accurate as our precise model, which we’ve spent years developing.

Chip design and production are both systems intensive; it must be considered in every little detail and it can be difficult. It’s a situation where it might have models to predict something, but still, need to bring it all together.

Also, it requires lots of data to construct the models. It integrates data from a variety of sensors and teams, which adds to the difficulty.

Tech companies will use AI when they have high-frequency data from many different sensors, and it’s often useful to inspect the frequency domain and other issues like data synchronization or resampling. If not sure where to begin, those might be difficult.

What is the future of AI and chip design?

It’s extremely reliant on the human aspect, which is human beings involved in the procedure and has an interpretable model. We may do a lot with the mathematical minutiae of modeling, but it boils down to how tech companies use it and how everyone throughout the process understands and applies it.

People of all levels of expertise will be needed to make the transition seamless. Rather than relying on overly precise predictions, we’ll see more transparency and sharing of information, as well as a digital twin that isn’t simply powered by AI but also by our human knowledge and all of the effort that many people have done.

Looking for electronic parts that are too hard to find in the industry? Contact us today!

At VYRIAN, We provide a large range of electronic components, from hard-to-find to the latest ones. We offer the fastest possible delivery with the greatest client service and high-quality goods at the lowest feasible costs. So whether you’re looking for a semiconductor or a new electrical part, we can help you to source them easily. 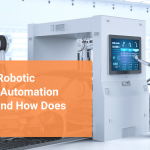 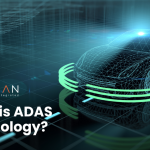 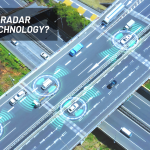