It’s challenging to ignore Chiplets when discussing semiconductors in this modern era—everyone associated with the semiconductor sector all talk Chiplets, which happens to be a recent technological development.

The system on a chip (SoC) structure has been in place for years, but the Chiplet design brings about a change that consists of having different technical procedures all in one piece. These changes have improved technological advancement today, not to mention the immense impact it has had in the semiconductor industry.

For those of you that are blown away by the term “Chiplet” and are wondering how they can understand in simple terms, I’ve got you covered; we’ll be looking into this right away.

Getting to Know Chiplets

Chiplets are silicon shaped dies that are used together and specifically with other dies. You can arrange the dies in various forms, including vertical arrangements, from a sole substratum where the final sequence occurs.

There are also multiple ways that a Chiplet can have interconnections with other duplicate Chiplets. Some of these ways will include the direct bonding method that involves utilizing metallic and bond wires.

When a semiconductor uses a Chiplet, it makes it possible for the design to be divided into different sections of primary circuits that will include the memory, analog front end, GPU, and processor.

People wonder why the popularity of Chiplets increases in the market today. This is because they are still a significant player in the market compared to the regular monolithic device that utilizes only a sole semiconductor.

The Popularity of Chiplets

The popularity of Chiplets has become a significant concern of most people. What brought Chiplets to stand out in the first place was due to the setbacks that most semiconductor producers faced, which has to do with relatively small transistors.

If you check out the kinds of semiconductors produced in the past, you’ll discover that the transistors were micrometer in size. Such sizes made it possible for dust not to interfere with the semiconductor foundries during operation. It is the reason why there was less priority with cleaning transistors of the past whenever there was a maintenance scheme carried out.

It means that unlike the semiconductors foundries produced in the past, cleaning should be a top priority with those recently developed semiconductor foundries. If there should be dust in the foundries, it has to be as little as possible, nothing more, nothing less.

Some people will recommend the air to have a maximum of 10 dust specks per cubic meter. It means that should there be any presence of dust, it shouldn’t exceed this amount.

The reason being that once dust particles start to land on the transistor, which is a scale of 10nm, there is a likely chance for the transistor to get damaged, and the damage of one transistor will also lead to the deterioration of multiple transistors. I know that might sound surprising and confusing to you, but let me explain why such happens.

Now you need to understand that the transistors in question are 10nm in size. Secondly, dust particles are relatively heavier than the dimensions of these transistors. Another major problem that these small transistors need to contend with is that various aspects of defection in a semiconductor automatically lead to a defective transistor. It is why chips, with very tiny transistors that can have almost no element of a defect in the structure, can lead to possible chip failure.

The importance of die efficiency in tiny transistors is very well emphasized, and this can be done when there is a reduction in the size of the die. The result, though, can be possibly accomplished when a die consists of a small number of transistors. More transistors can be included if the size of the individual dies is increased.

The device’s circuitry becomes more potent; however, this will only help make an individual’s die to become expensive. The fact is that there is always a probability for a die to fail, and this will seem like a waste of money because the failed dies get discarded in the end.

It has now become known today that Chiplets will play a massive role in the technological advancement of semiconductors not just at this moment alone, but also soon. There is no doubt that Chiplet technology will be crucial in advancing technology in the world. 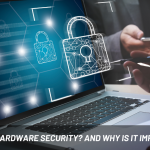 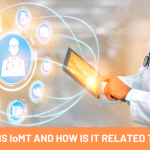 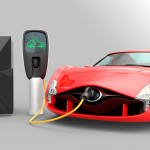